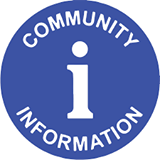 In the late 1970’s / early 80’s “Knox Community Volunteers” first mooted the idea of having a Citizen’s Advice Bureau (CAB) in Knox. Unfortunately, funds were not available at that time to proceed with such a project.

As time went on the need for an Information Centre in the area became more pressing and this time Knox City Council was able to support the idea and after early discussions a special meeting was called on 24th September 1990 to discuss the establishment of a CAB and an interim Steering Committee was set up on 19th November 1991.

After the initial work of the founding committee a Public Meeting on 13th October 1992 at Knox City Council formally established the Citizens’ Advice Bureau. The Centre opened its doors to the community in July 1992 initially opening from a building in Orchid Avenue, Boronia.

In August 1993 the Knox CAB began to dispense Emergency Relief for the Knox City Council. This increased the role of the Centre dramatically and in November 1995, the CAB moved to more accessible premises at 136 Boronia Road, Boronia, at the same time changing its name to Knox Information and Support Service Inc. In 1998 the name was again changed to the more manageable Knox Infolink